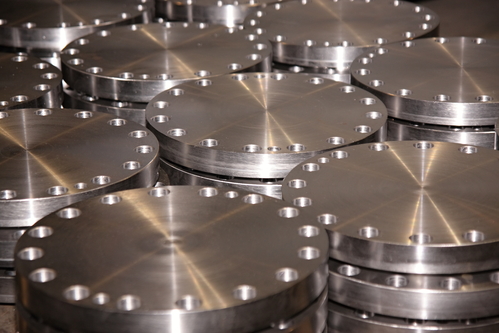 Passivation is a process to make certain metals (alloys) more resistant to rusting (sometimes called staining) than they would otherwise be on their own.

This is a process, not a coating: it increases the part’s own ability to resist rusting. The process consists of aggressively washing, rinsing, and then soaking the parts under controlled conditions in an acid solution, followed by multiple rinses. It does not apply anything to the part's surface; instead, it removes microscopic specs of free iron from the surface.

Metals That Can Be Passivated

Passivation works on some steel grades–those commonly called stainless steel. They are called stainless because they stain (or rust) less than other grades, but they can still stain (rust). What passivation does is increase their resistance to staining (rusting).

In theory, this process can be applied to almost any metal. In practice, it is normally applied to stainless steel and titanium.

There are several standards describing the precise details of the process. ASTM International, an international standards organization, publishes several passivation standards including ASTM A380, ASTM A967, ASTM B 600, and ASTM F 86. The general industry uses the first two frequently, while the medical industry normally uses the last two.

SAE International is a professional association and standards developing an organization previously known as the society of automotive engineers. They publish a passivation standard, AMS 2700, frequently used by the aerospace industry.

For a no-obligation passivation consultation, call (603) 335-2132, contact us, or fill out the form below for a free quote! We’re based in New Hampshire, but we offer services to customers throughout Massachusetts, Maine, Vermont, Connecticut, Rhode Island, New York, and nationally.